Support for Infrastructure Changes: Your survey results are in!

We’ve completed our latest member survey on the Government’s plans for reform. This time the focus was on the hot topic of infrastructure and here’s what you had to say ...

Q1. National level standards on managing the effects of infrastructure in the National Planning Framework (NPF)

When asked to comment on how important is it that national-level standards on managing the effects of infrastructure are included in the NPF, the majority of survey respondents considered it was very important 62% or important 31%. However, the comments received suggest many respondents are concerned about the detail. Common themes raised include the need for a review period (5 years), costs need to be considered when looking at development contributions and a parallel investment implementation plan, planning needs co-design and co-management with iwi/Māori, clear guidance and formal agreements should be there at the outset, and clear links are needed between spatial planning and infrastructure strategies. Some respondents have called for a national infrastructure strategy, and some of you provided examples of where infrastructure planning has been challenging.

Q2. Modified designations more enabling for infrastructure than under the RMA

When asked how effective the proposed changes will be at better enabling infrastructure compared to the RMA (e.g., a clear two-step process of ‘footprint’ then ‘construction’, and longer lapse periods), the responses were more spread although most were positive, with 29% saying the reforms would be very effective, 30% saying effective, and 15% suggesting the changes will be partly effective in enabling infrastructure.

Some of you support a full reset of the existing two-step process under the RMA. One respondent suggested that designations do not have a place in outcomes-based planning. There’s support for longer lapse periods and more certainty for large linear projects. However, some respondents suggest the changes are “targeted at large-scale, one-off construction projects”, and proposed changes won’t provide any benefits for requiring authorities who rely on multiple outline plans for smaller-scale ongoing development. You consider that changes need to take into account the public benefit that infrastructure provides, and the impact of infrastructure above water and in airspace. Some suggest replacing designations with overlays for infrastructure and others are concerned that private land will be tied up with designations for public projects that never eventuate. Several respondents could see little change from the current system.

When asked about the provision of a high-level strategic direction for infrastructure in Regional Spatial Strategies (RSSs) the response was overwhelmingly positive with 61% who strongly support, 29% support, and the balance were largely neutral. The responses suggest that the coordination of infrastructure is why spatial planning is needed.

You’ve suggested that for RSSs to work they need to be supported by detailed, evidenced based assessment, equivalent to the level of rigour of a district plan or regional plan evidence base. Several respondents have called for a national spatial strategy, particularly for infrastructure, and the suggestion that the process is still weighted toward government infrastructure and engagement with private infrastructure providers in the process is required. One respondent suggests that a lack of good integrated transport strategy has been a key barrier to achieving higher quality urban form under the RMA, so the strategic direction for infrastructure is a critical part of a successful spatial plan.

The response to this question was skewed toward a more neutral position than in the earlier questions, indicating less certainty for the changes. 25% respondents were strongly in support of exceptions to environmental limits, 35% were in support, and 22% were partly in support. Comments reveal the need for clear criteria when exceptions are applied, e.g., meeting climate change obligations and demonstrating the functional operation that needs to be applied to the site.

Many respondents consider trade-offs a necessary part of planning. Comments suggest that twin modelling could help to map the trade-offs. You’ve said that in some scenarios the infrastructure is more important, in others the effects are critical to the decision. One respondent asks, “why establish a limit if you’re willing to go past it?” Comments suggest support for the effects management hierarchy in these circumstances although many of you are concerned about the dominance of economic Considerations. Contrasting viewpoints raise concern about the effects hierarchy not considering the cost to relocate elsewhere, whereas others don’t want to see financial compensation being the dominant form of offset. You’re concerned about te ao māori being removed from the decision-making (especially for larger projects). There’s also concern about how to implement consistent limits or exceptions across the country.

We asked how you felt about retaining the fast-track consenting process and your responses were positive overall but more neutral when compared with the earlier questions with 23% strongly in support, 27% support, 21 partially support, and 16% were neutral.

Your comments revealed that you thought the fast-track process had been faster, with less opportunity for appeal, and more expensive for participants. There’s concern that speed can “come at the cost of thoroughness” and that land constraints need to be better identified to determine matters of national importance. There’s support for this process when applied to critical infrastructure with overall positive community benefits. One respondent found that Treaty partners were omitted from this process. There’s support for narrowing the focus of fast-tracked applications and the possibility to end this process when RSS and NBA plans are in place. There are conflicting views on whether fast-tracking should apply to private as well as public infrastructure and one respondent suggested that a well-functioning system shouldn’t need fast-tracking.

We appreciate your general comments, which reflect support for a national spatial strategy and further detail around anticipated infrastructure scenarios. There’s differing views on whether private infrastructure providers should be at the table and support for development agreements to plan for costs at the outset. You’d like to see a plan for establishing environmental limits and targets, and a programme of scientific investigation/monitoring proposed to support this. You’d also like to see further clarification on the role of Māori on the Regional Planning Committees and one respondent notes that co-governance is embedded in Te Tiriti.

We thank you for a number of case studies highlighted in this survey including the Huia Water Treatment Plant Replacement project and the Kaipara District Spatial Plans.

Once again we appreciate your feedback!

Sheryl Paekau intends to retire from her role as Kaiwhakamahere at Waikato District Council next year. This is Sheryl’s journey. 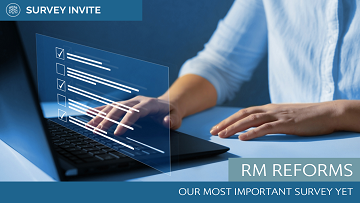 RM Reform: Our Most Important Survey Yet

We’re seeking your feedback on a specific list of questions around what we’ve seen in our review of the bills to date, which we’re going to do through another of our member surveys. 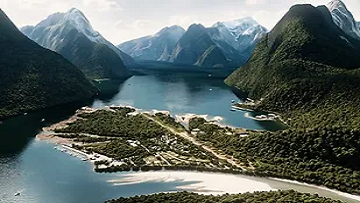 The team at Boffa Miskell & Stantec have won the 2022 Commonwealth Association of Planning award for Planning for Conservation of the Built & Natural Environment & Cultural Heritage. 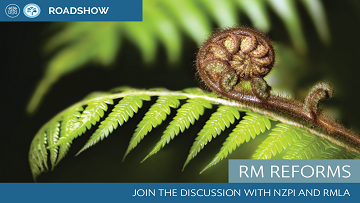 UPDATE | Get on the Roadshow to Reform – Registrations Now Open!

NZPI / Te Kōkiringa Taumata has partnered with the Resource Management Law Association to bring you a series of workshops in December 2022 for NZPI and RMLA members. 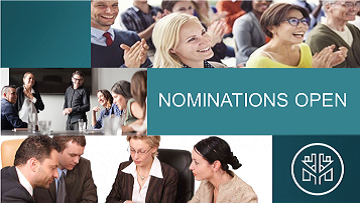 Nominations for the 2023 NZPI Awards and Scholarships are now open.