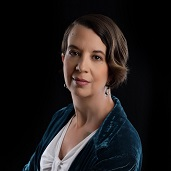 Leslie Kern, PhD, is the author of two books on gender and cities, including Feminist City: Claiming Space in a Man-Made World (Verso). She is an associate professor of geography and environment and director of women’s and gender studies at Mount Allison University, in Sackville, New Brunswick, Canada. Kern's research has earned a Fulbright Visiting Scholar Award, a National Housing Studies Achievement Award, and several national multi-year grants. She is also an award-winning teacher. Kern's writing has appeared in The Guardian, Vox, Bloomberg CityLab, and Refinery29. She is also an academic career coach, where she helps academics find meaning and joy in their work. Kern's next book project is an intersectional guide to gentrification, forthcoming from Between the Lines Books in 2022.

Toward a Feminist City

For too long, cities have been built around a narrow vision of the typical user: an able-bodied, cis, middle-class man. Men’s bodies and their daily routines have shaped everything from office temperatures to transit lines. When other groups in the city—women, children, people of colour, poor people, disabled people, seniors, queer and trans people—have encountered barriers, cities often respond as though they’re special interest groups requiring a special fix. The concept of the feminist city moves us away from responding to these issues as though they’re bugs in the system toward an approach that understands how power and hierarchies are built right into urban space. Working with an intersectional framework, I suggest that by centring the experiences, needs, and knowledges of those who have been most excluded from city life and city planning, we can reimagine and rebuild cities that are more just, equitable, caring, and sustainable.