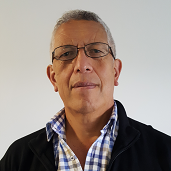 Hirini was raised on his ancestral papakainga, Petane Pa (ko Ngāti Whakaari me Ngāti Matepu ngā Hapū) in rural Hawkes Bay in the late 1950’s, 1960’s. He graduated in Town Planning in 1983 and practised as a planner between 1983–1992 specialising in Māori issues with Napier City Council, then Ministry of Works and Development and finally the Auckland Regional Council. Since then, he has been actively engaged in practice, then teaching and research in Māori planning, resource management, policy and design and indigenous heritage management for over 30 years. In 2007 he was appointed to a Personal Chair, as Professor of Indigenous Planning at Lincoln University and in 2015, Professor of Māori and Indigenous Development. Prior to that he was Deputy Vice Chancellor Communities, Assistant Vice Chancellor - Māori, Director of the Centre for Māori and Indigenous Planning and Development at Lincoln University and Senior Lecturer in Planning at the University of Auckland. In 2015, the Minister for Māori Development presented him with the New Zealand Planning Institutes - Papa Pounamu Award for Outstanding Service to Māori Environmental Planning and Resource Management. He is of Ngai Tahu (hapu Ngai Te Ruahikihiki, Ngai Tuahuriri, Ngati Huirapa), Ngāti Porou, Rongowhakaata, Ngāti Kahungunu, Ngāti Paerangi (Atiu, Cook Islands) descent.

At the NZPI Conference in 2016, I gave a retrospective on the last 25 years of the RMA and Māori, titled `I nga wa o mua’. In Te Wai Pounamu me Aotearoa/New Zealand we have a habit of reviewing planning legislation every 30 or so years. What we have a habit of not doing is inserting te tino rangatiratanga into those debates. It’s now 2021 and we are now in the depths of yet another reform process. And, what a difference 5 years makes – or does it? Covid (iwi/hapu roadblocks etc) has proven yet again that the nation state and its various organs – including central, regional and local government are not the only con/institutional arrangements on the block, nor are they the only arbiter of identity let alone final word on territoriality. So, while the not government policy ‘He Puapua’ (2019) traverses a broad range of possibilities for securing rangatiratanga, iwi, hapu, other Maori entities are simply getting on with it – planning that is, as indeed they’ve always done. In this conversation I will talk around these issues including what a Treaty/Tiriti infused planning system might look like.