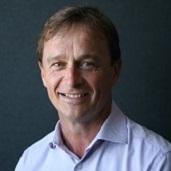 Craig has been in professional practice as a planner since gaining a Bachelor of Regional Planning degree from Massey University in 1985. He became a full NZPI member in 1988.

During his career, he has had technical and management roles in central and local government, and in private practice. In his most recent role at Boffa Miskell, he managed a multidisciplinary practice in Tauranga, led the establishment of a new practice in the Waikato, and undertook a wide range of consulting work for local government and developer clients across the Waikato, Bay of Plenty and Hawkes Bay.

Spatial planning and urban growth management have been a strong area of professional interest for much of Craig’s career. He had the role of Technical Director to the western Bay of Plenty SmartGrowth initiative when it was initiated in 2001. He has had ongoing involvement in strategy delivery since this time. He has also had inputs to growth management strategies for the Heretaunga Plains, Waikato, and Greater Christchurch.

Craig thinks that many planners have been drawn into narrow, small scale and short-term statutory planning work under the RMA, leaving other disciplines to gain increasing influence over more diverse, larger scale and longer-term planning. He sees potential to recover from this in the forthcoming review of NZ planning system, increasing the relevance and influence of professional planners as leaders. The NZPI Board can play a significant role in influencing this change process.

Craig supports the NZPI in setting quality benchmarks for the profession, providing services to members and broad professional leadership at national level. He enjoys the collegiality of the profession. He has been a member of the University Accreditation Panel since 2014 and a regular member of membership interview panels. He has supported a number of planners through their career development including attaining full institute membership. Craigs contribution was recognised by a Distinguished Service Award in 2010.

Craig has governance experience including being a parent rep on a Secondary School Board of Trustees for 10 years and being on the Boffa Miskell Board for two 3-year terms. These roles also provided formal governance training through the School Trustees Association and the NZIOD.